Building an AMD AM1 based HTPC - part 1 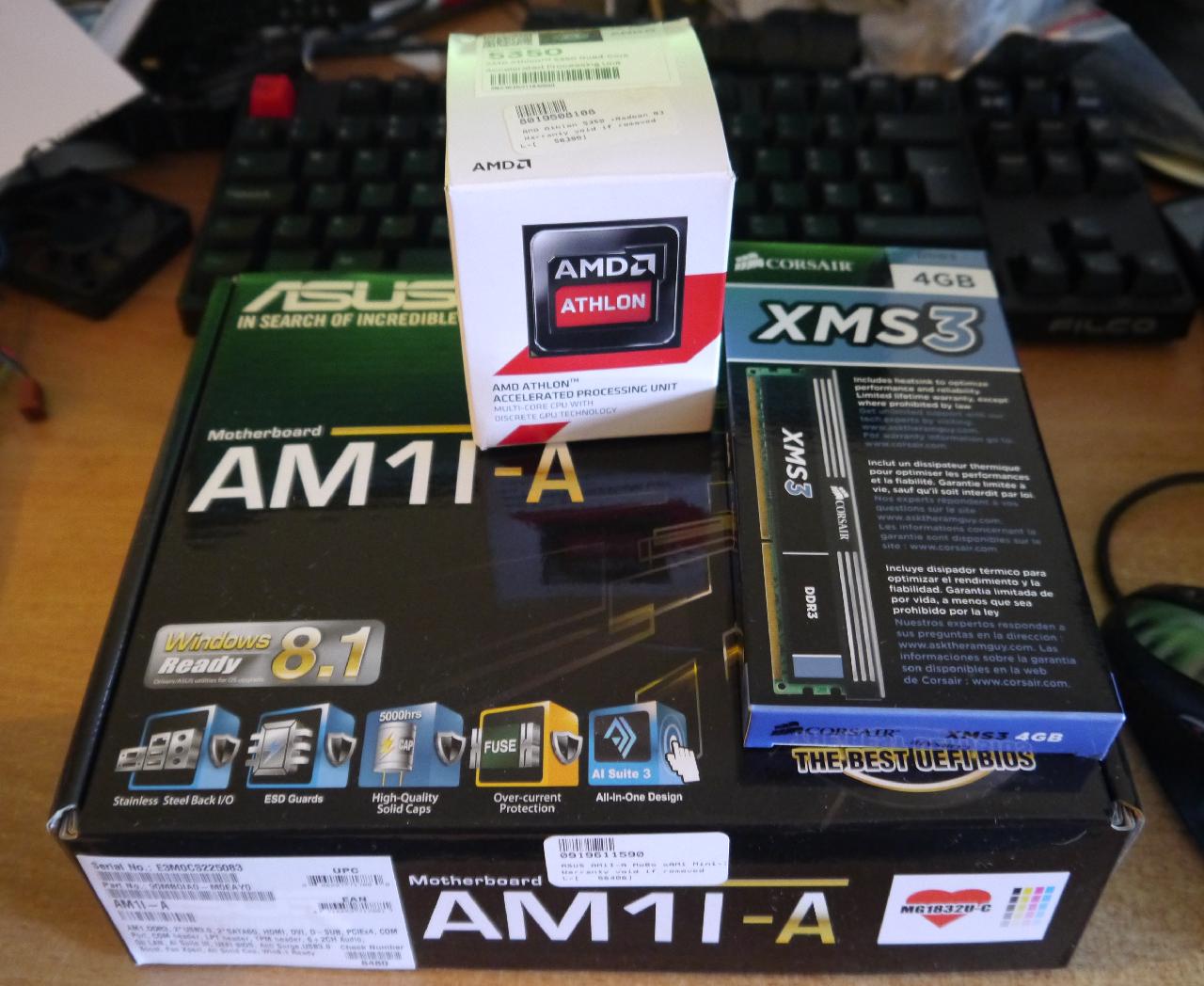 After using a Raspberry Pi for a for a while as a stand in HTPC, I decided that something with a bit more grunt was necessary.

Primary reasons for this being:

I already had the following suitable parts:

In addition to these I purchased:

from Scan, which came to £109 all in after postage, to form the basis of the new HTPC.

The Athlon 5350 isn’t the most powerful of CPUs, or most bang for buck, but it does have the benefit of having very cheap motherboards. A cheap Intel based setup was tempting, but a suitable motherboard would have been nearer £45. Same goes for building something on the AMD FM2+ platform, especially if you’re after a MiniITX motherboard.

As you can see from the pictures below, this didn’t go entirely to plan! On the Asus motherboard, the CPU socket is slap bang in the middle, and this fouls the M350 HD tray whichever side you put it on. For the time being, I’ve unscrewed the fan from the heatsink and moved it across slightly. I’m hoping at some point in the future someone will release a low profile passive heatsink. 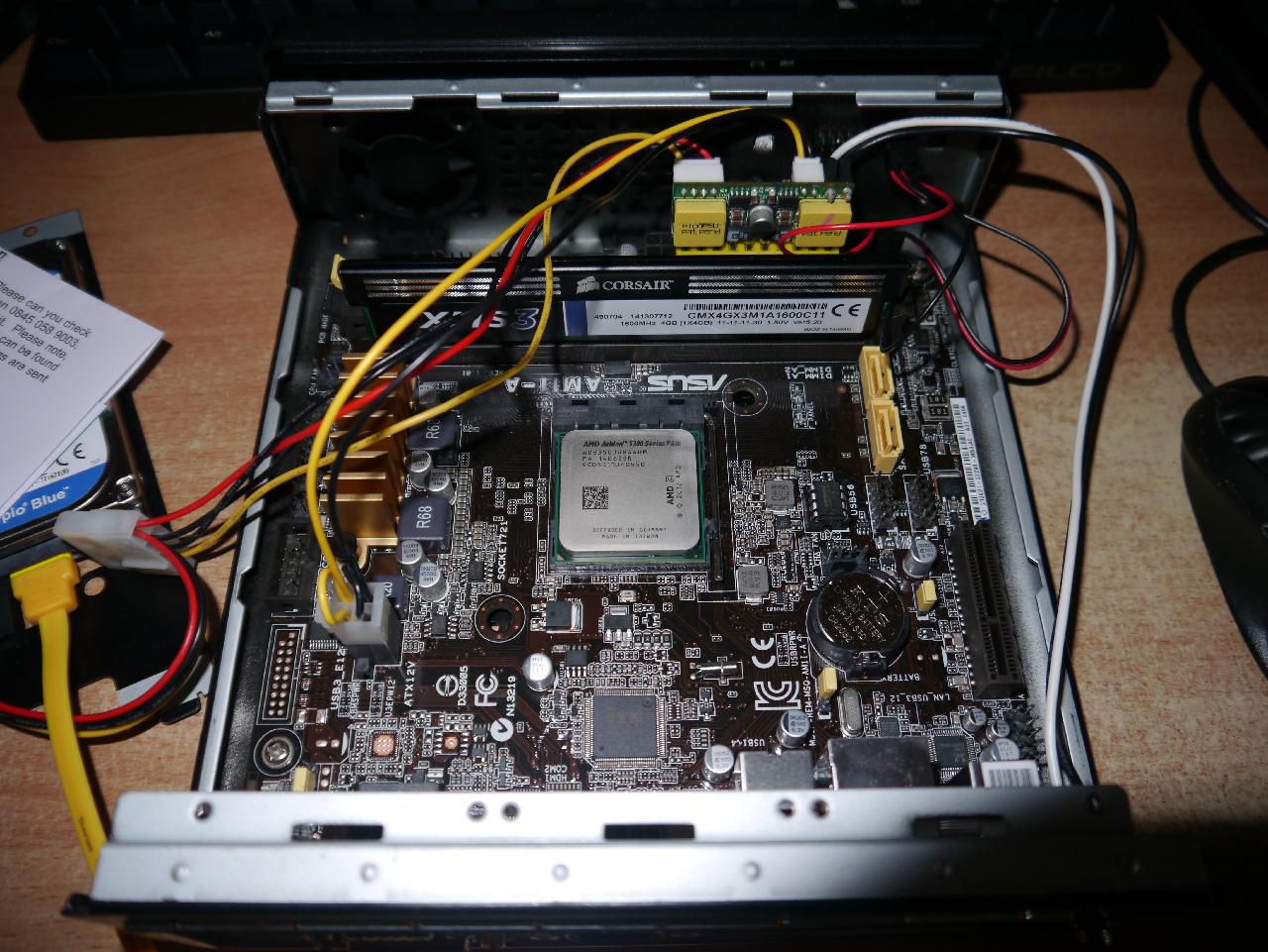 Other than that, I’m fairly impressed with the hardware. Asus' UEFI firmware is miles better than that on my Gigabyte Z77 board from a couple of years ago, and the CPU runs relatively cool, even with my jerry-rigged fan 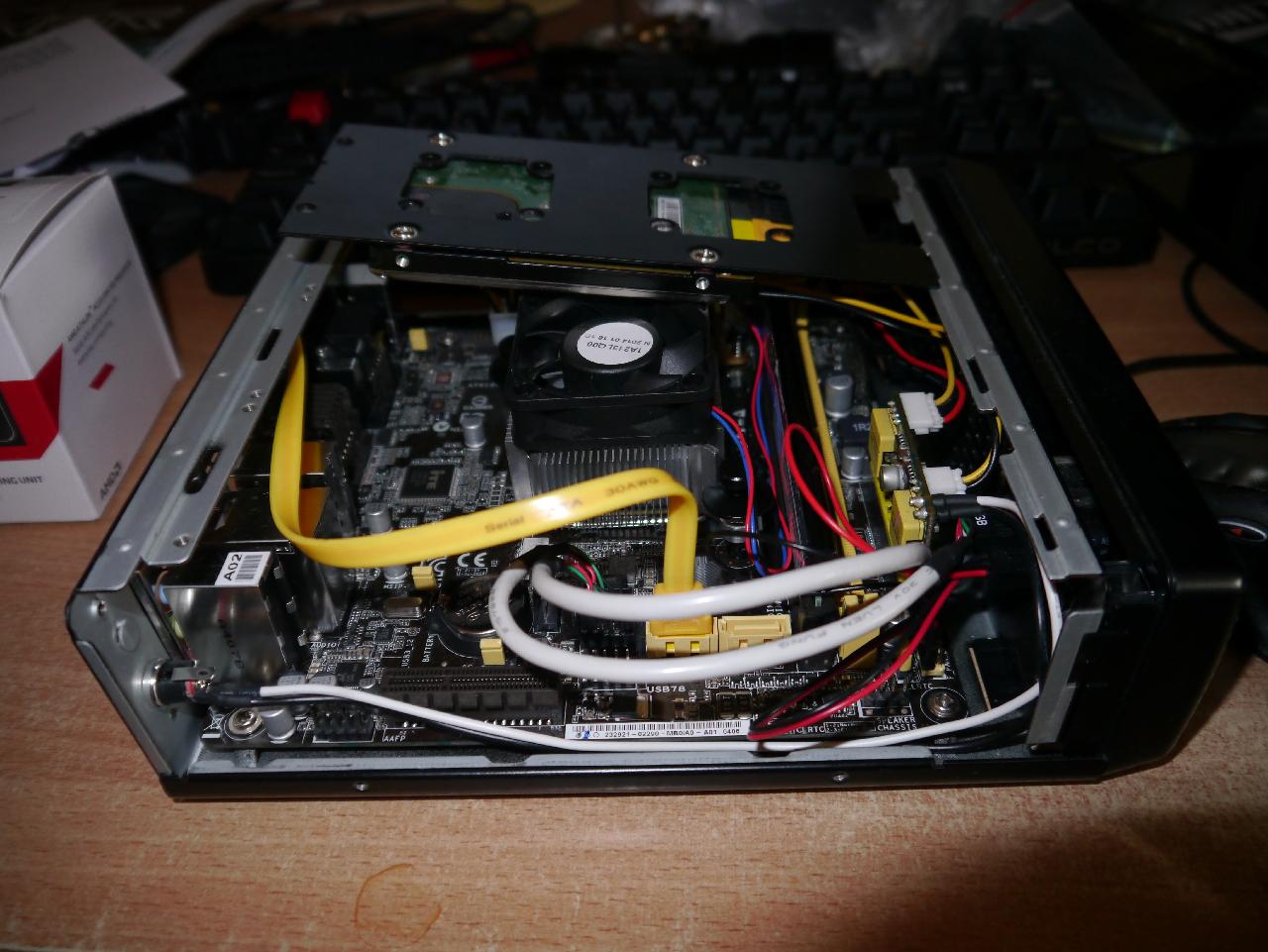 Software wise I went with my standard go to choices, Arch Linux and XBMC (with a small windows 8.1 partition just for testing). I’ll talk about the install of these in my next post.