Review of the Ducky One 2 Skyline TKL keyboard

Review of the Ducky One 2 keyboard

For a while I’ve been looking for a new TKL keyboard with Cherry Blue switches. The Ducky One 2 Skyline TKL fitted the bill. I bought it for £99 in March 2018 from Overclockers UK. The Skyline variant is grey with a few blue keys. The keyboard comes provided with a keycap puller and some additional blue caps. 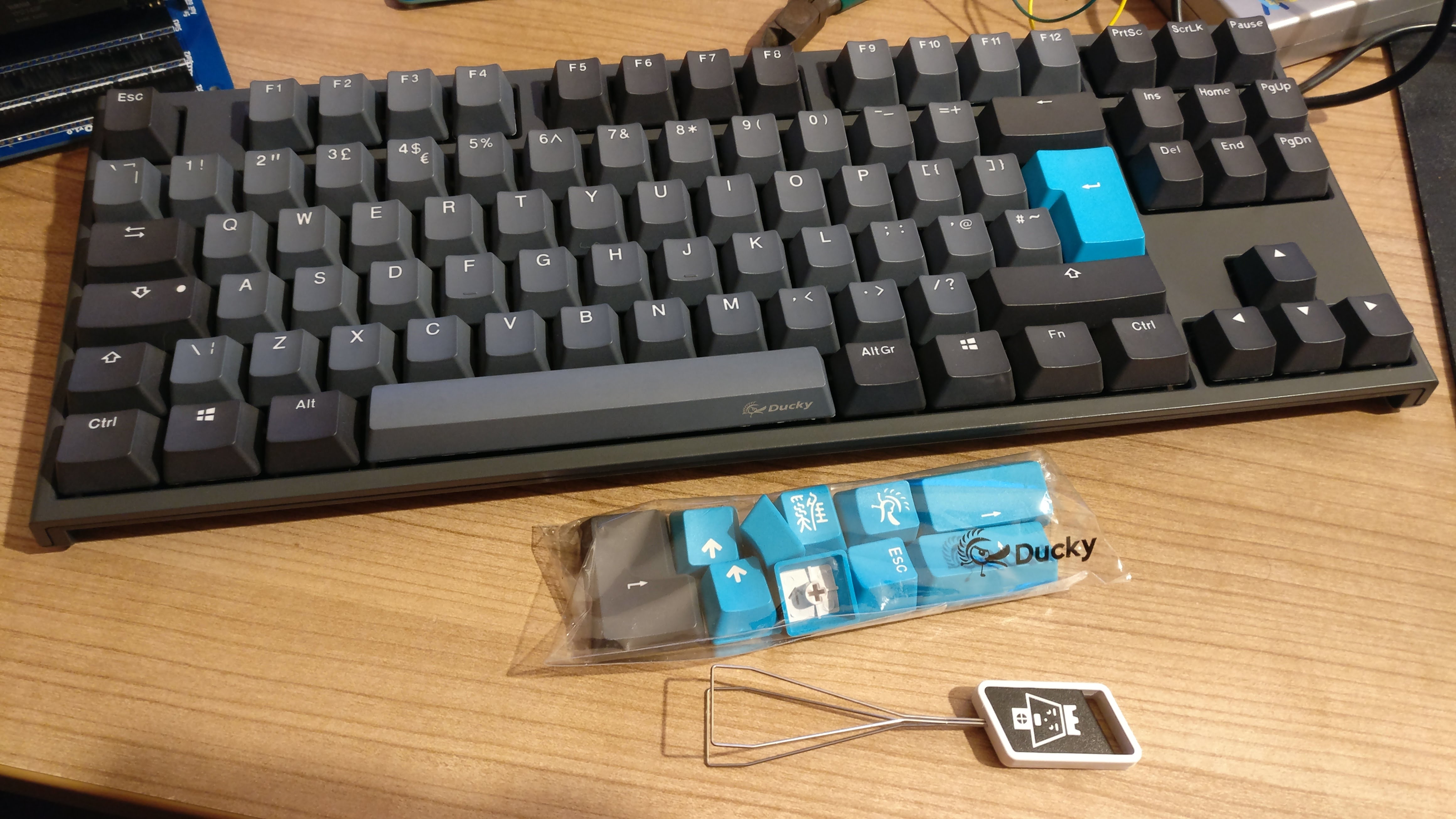 When reading this review take into consideration that my previous keyboard was a Filco Majestouch TKL with Cherry MX browns that I have been using for quite a few years.

Overall the keyboard is great. The Cherry MX blue switches are not as noisy as I expected and feel solid. In a comparison with a colleagues Anne Pro wireless keyboard, which has Gateron Brown switches, the noise from the MX blues was not much more intrusive. I have only a couple of complaints with the board - and they are all related to the keycaps!

Firstly, the printing of the letters seems somewhat inconsistent - I some characters are narrow or seem slightly misshapen. I think this is a result of them not being printed but being PBT double shot caps. On my keyboard this is particularly noticeable on the F8 and Home keys.

Second issue is that the edges of some of the keys don’t have clean moulding edges on the bottom of the keys. This is very minor and removing the keycap and rubbing the edges has resolved they issue to a greater extent.

The third issue is with the actual positioning of the legends on the keys. On most keyboards the unshifted character is printed lower, with the shifted character printed above it. On this keyboard however, both shifted and unshifted are printed at the top of the key, with the shifted variant to the right. In a side by side comparison with my previous Filco keyboard the Ducky does look a bit unprofessional/ disorganised in this regard. I imagine again that this is the result of the way the legends are moulded into the keys, maybe it’s not possible to print the legend in the middle bottom of the keys? 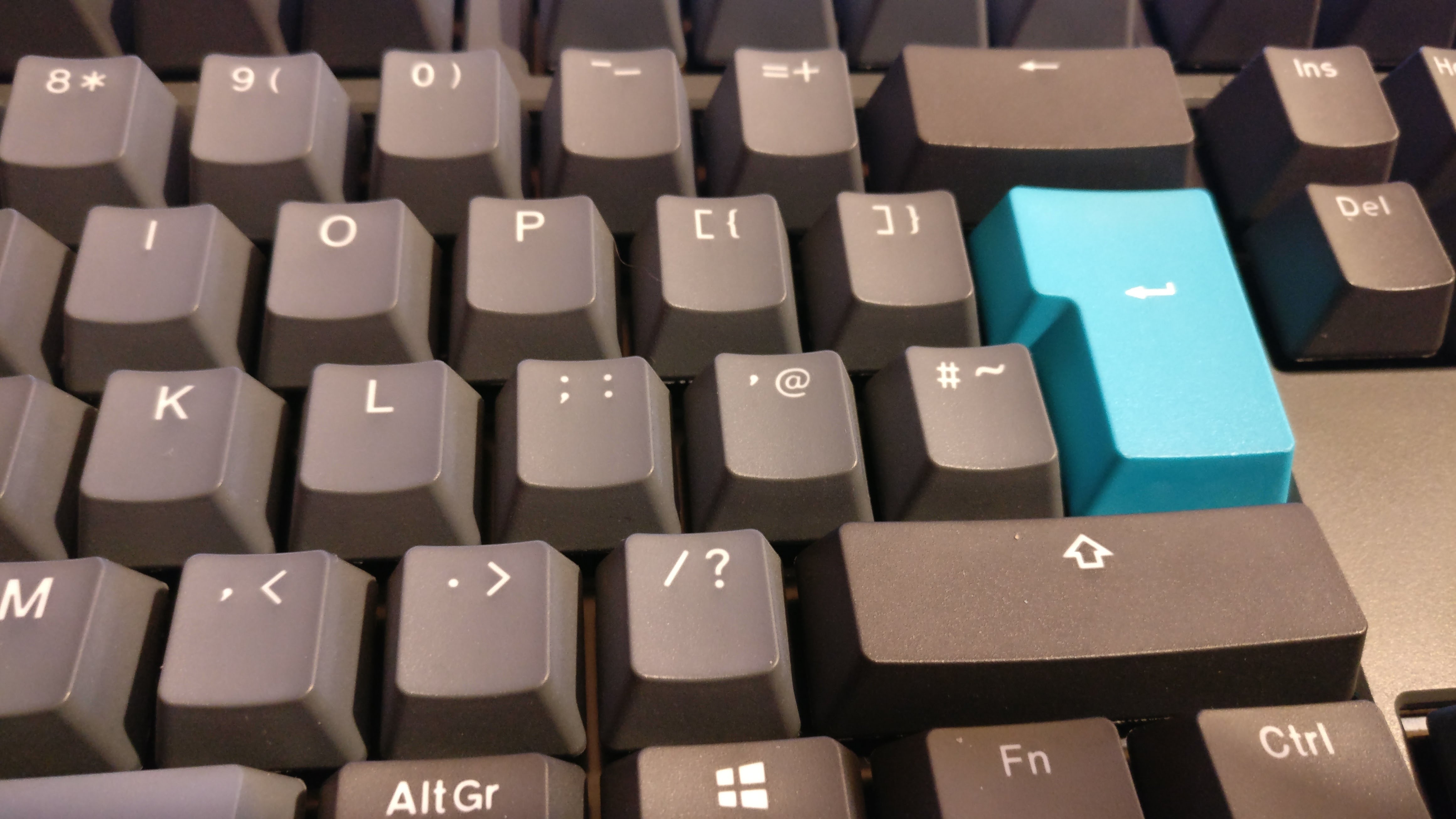 Finally as someone who only uses Windows very rarely for gaming purposes, it would have been nice to have some replacement blank caps for the Windows keys, and potentially some ones of the different colour for WASD.

Although it does not have as much functionality as the RGB Ducky variants which appear to have more macro programming functionality, the One 2 does have a couple of unusual features. The keyboard has the ability to emulate a mouse with keys, and also has some dip switches enabling the layout to be reconfigured, e.g. for Mac usage without changing the layout via software.

For details of how to program the macro functionality, this is a good summary and more readable than the manual :) https://gist.github.com/schmich/47819eac9cafed14d3bfe2195ea222be

I’d give the keyboard 4/5 stars, and if the keycap issues were resolved it would be an easy 5/5!